We believe people can and do recover from "mental illness" - because we are living it. We believe in the power of supporting each other: learning from and with each other. You are welcome to join us.. 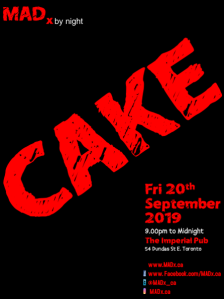 Have your  cake and eat it
and leave it out in the rain.

Everything CAKE and not cake.

54 Dundas St E
Toronto
Downstairs Bar
Room At The Back

…and even Stuff not beginning with S or P

What is MADx?
Its a blast – with CAKE.

Want to perform at MADx?
We always welcome new performers.
Drop us a line at Pitch Us…

Could well be more like mid rainthunder season but, hey!

Get your MADxness on, come out, and come to MidSummer MADx

In whatever, whichsoever form you want to use your voice, you can bring it to MADx.

Then drop us a line, and tell us what you want to do – and for how long.
Our slots are typically 2 min to 10min.

We are not an open mic event – you might get lucky but dont wait til you turn up.

Sneak preview of our NEW! MADx promo video for our future fund raising efforts in support of creating MADx as a community non-profit so we can apply for grants and grow – a bit, not too much.

And, we’ll also have

MADx.Swag for modest $$: Tees n Buttons
you can wear to show your MADx.love and your MADx.ness.

Alex Arena
I have been singing since I was a child and composing music and writing for 6 years now. I love exploring many different themes, and usually sing about life, love, and bringing the awareness of stopping the emotional hurt from self-infliction or by others. I am always open collaborations, be it pop, EDM, acoustic or rock.

Corinna will be bringing some of her own songs to share with us.

Brings us readings from his unfolding story and couple of poems too. 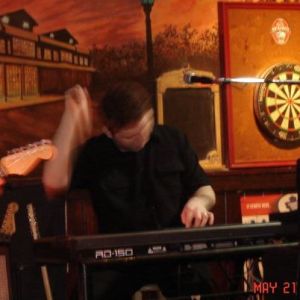 Jer-x on drums and Jas-x on everything he can fit in the back of his car, bring us tunes, atmosphere and, perhaps, way too much gear for a small stage.

K&D – Dave and the human sidekick he calls “K”. 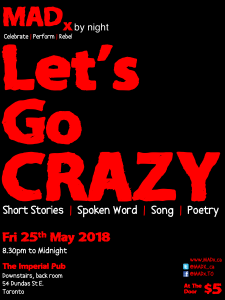 at
The Imperial Pub

We always welcome and encourage new performers.
If you what to bring your voice and join our line up please pitch us…
– Click on the pitchfork to the right… 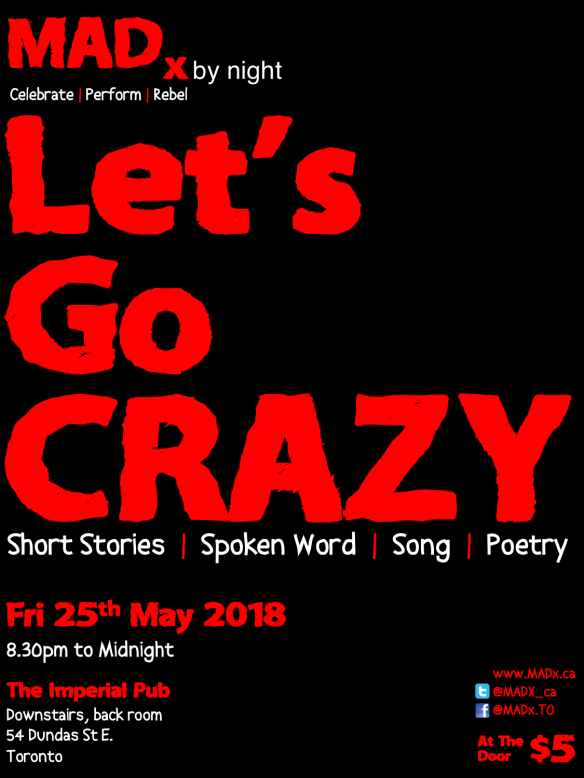 Get yours…
MADx Tees $15
Sizes: S, M, L, XL
Help us raise funds to incorporate as a community non-profit so we can do more cool stuff in the community. 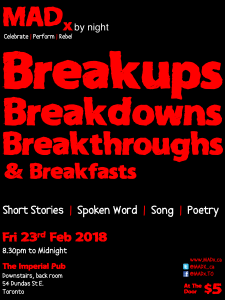 From hard times to hard boiled eggs and everything in between.

Queen for The Night…

It’s halloween weekend !!
Dress up, eh?
…or just dress, eh?
‘cos if you don’t you might feel cold.

Let your Queen out for the night.

Note: The “door” would like it to be known that they don’t mind too much if you use that label  but asks you that you do respect their right to self-identify as “curtain” and rarely if ever as “entry system”.

The MADx Collective brings you…

Seema is not a Princess.
She doesn’t need saving.
She is a Queen.
She’s got this shit handled.
The Queen 💎

Jason Finkelstein
Jason only recently made his comedy debut. He likes to play the music when he’s not driving Senior Citizens to doctor’s appointments.
Now with 40 years of life experience under his belt he’s ready to share his unique take on stuff while standing up… 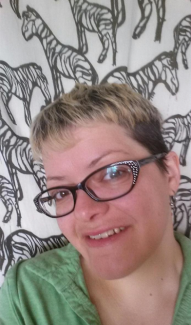 Jenny enjoys making people have litgasms with her writing and recommends psychic protection for safer exposure and will be telling a new story called: “Story”.

JULIE – She’s got nothing queeny or halloweeny but she is the queen of fucking everything. The.Juliest.1 will perform her original piece called ‘Collective Responsibility’ in response to the question: ‘what does decolonize your mind mean to you’? 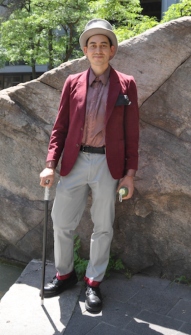 TOSHIO
Toshio works as a cog in a highly industrial machine.  He seeks respite and escape through the filling of an arcane notebook and the use of an old-fashioned font slate.  Once in a while he travels through portals and somehow finds his way back without anyone noticing. 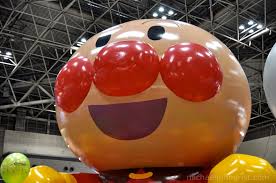 WonderBloke n SuperDave
Aiming to be the best thing since sliced bread might not seem like setting the bar high but it can make for a life of some pretty good toast.

A wee glimpse on life viewed from inside the bread-bin, peering out through twin-lensed, white-sliced-bread-ness at a whole world of weird.

MADx is brought to you by…
MC Seema
KevinK
LauraL
and a whole bunch of other folks including you if you come….

Q. What does DECOLONIZEYOURMIND mean to you ?

Join us for a conversation, in a circle…

Q. What does DECOLONIZEYOURMIND mean to you ?

Join us for a conversation, in a circle…

Want to add your voice?

Do you have something you want to have heard? Let us know if you’re interested in adding your voice to our video conversation… contact MADx.online

We would like to begin by acknowledging that the land on which we gather is the traditional territory of the Haudenosaunee, the Métis, and most recently, the territory of the Mississaugas of the New Credit First Nation.

The territory was the subject of the Dish With One Spoon Wampum Belt Covenant, an agreement between the Iroquois Confederacy and the Ojibwe and allied nations to peaceably share and care for the resources around the Great Lakes.

This territory is also covered by the Upper Canada Treaties. Today, the meeting place of Toronto (from the Haudenosaunee word Tkaronto) is still the home to many Indigenous people from across Turtle Island and we are grateful to have the opportunity to bring together this gathering here.

We would like to invite you to a conversation in a circle around the question:

Q. What does the phrase DECOLONIZE YOUR MIND mean to you ?

We hope to make space to hear many voices, and we hope you will join us in making space to hear first from those whose peoples were here first…

This event is brought to you by MADx collective,  a small group of friends who come together as people Indigenous to Turtle Island, and also as newcomers from many lands.

We don’t have answers but we do have lots of questions and we think its important and time to make spaces together in which we can speak, be heard and hear each other.

There will be no formal speeches or presentations but if you have something important you want to say and you want to have heard, let us know and ask for a slot, we’ll do our best to make space. 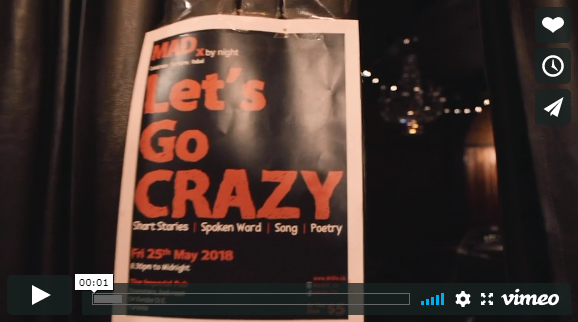 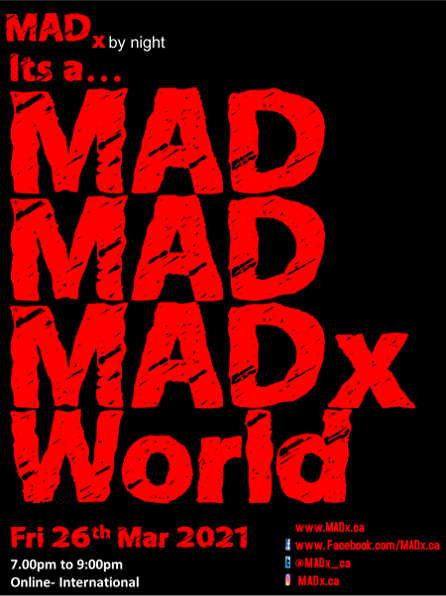